Why did you come to Sheffield? What do you like and dislike about the city? 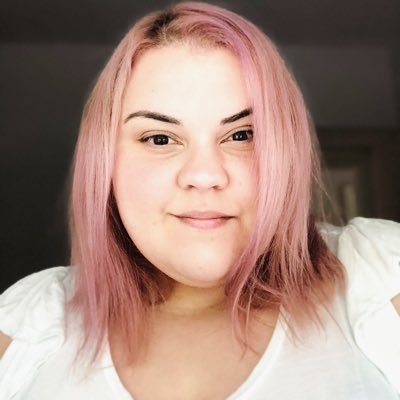 We asked the good people, now resident in Sheffield, to answer the questions in the title and here is what we got.

"I took a job in Sheffield for work in 1975 as a chemistry teacher but was living in Chesterfield as it wasn’t far to Matlock College where I trained.

I moved to Sheffield in 1979 to live nearer school and stayed.

I liked the students I taught because they lived close enough to the countryside so as not to be too townie. Sheffield is surrounded by countryside which leaks into the city in places like the Round Walk. It also had fabulous Indian Restaurants. As I’ve grown older I appreciate our fabulous hospitals. There is really nothing I dislike except the chuffing hills.

I am 67 and live on the very border of Sheffield & Rotherham  and don’t imagine living anywhere else.

Name: Smita
Age: 31
Moved from: India
Why: Masters ( Study)
What kept me here: Great job,  great people, friends and the general positive vibe of the city
One like: Peak District
One Dislike: Everything closes at 5 pm

Jimmy McWilliams, Professional Singer/Light Entertainer. I moved to Sheffield in 1964 from the picturesque town of Gourock on the lovely Firth of Clyde to fulfill singing engagements in the famous Northern Clubland Scene. My career then carried on in theatres, concert halls and music halls with numerous tours in the UK (and Canada and the USA) and several TV appearances. Sheffield has excellent travel links, so is a very good base for travelling north, south, east and west to perform. My wife (also from Scotland) and I have raised 3 daughters in Sheffield, and I like the vibrancy and friendliness of the city, as well as the parks and countryside. It's a shame to see litter in certain areas.

Hi I'm Sandy. I'm 47. I moved to Sheffield in 2017 from Cambridge. When I inherited money from my Grandad I wanted to buy a house I could afford and could pass down to my sons. I chose Sheffield because of "digital sheffield" group, I feel at home amongst geeks and nerds like me!  I love how helpful and kind everyone is in the city. My one dislike is that everyone told me Sheffield was beautiful and green but it's mostly concrete, rain and litter in the impoverished areas.

I'm Mel, and I'm 37 years old. I moved to Sheffield from Malta with my husband and daughter. We decided to move to Sheffield to be closer to my husband's family and to give our daughter a better upbringing. Unfortunately Malta has become very polluted and the few trees left are being cut down to make way for more roads and fuel stations no one needs. My husband is originally from Sheffield and I have been visiting for the past 15 years. Sheffield always felt like home and now that I actually live here I know it was the right choice for our family. I love the fact you have such beautiful nature right at your doorstep and yet you're only 15 minutes away from the city centre. So far there's not much I don't like. My main gripe seems to revolve around the word 'pudding.'

Hi, I’m Graham Turnbull (53). I live in Nether Edge. Moved to Sheffield 8 years ago from London. We were expecting our second child and lived in a one bed flat. Couldn’t afford to buy a house in our London neighbourhood. Mother-in-law lived here. Wife went to Uni here for her Masters. My wife ended up getting work in her field and my children love their school (Hunters Bar Jr). I worked for Plusnet for a few years but quit. I guess that’s why we are still here. I work for myself as a Telecoms consultant now and normally work from home so could live anywhere in the world. One thing I don’t like about Sheffield is the Council. They took me and a bunch of other people to court for trying to stop them from cutting all the trees down. We stood up to them and they didn’t like that very much. I also hate the air pollution, most of it unnecessary from people’s wood burners and bonfires. What I do like is the people. They tend to be a bit more anti-establishment then in other places that I’ve lived. They’ve taught me a lot.

I moved to Sheffield about 8 years ago after meeting my now husband on Twitter. I was living in the Black Country at the time and I have to say, the very first time I visited him, I knew that this was where I wanted to live. Sheffield is a great city, but it doesn't feel like a city and that is part of its beguiling charm. It has a wonderful warmth about it, like a big hug. Since moving here, I have met some of the best people I know. Their humour and passion for their city is wonderful and don't even get me started on the accent! I have an amazing job, which I love, and my boss is my husbands best friend. Everyone feels like family here. The people are just fabulous.

What I dislike about Sheffield: The hills, but only because I can no longer wear high heeled shoes. When you live in Sheffield, flat shoes are a must

My name is Sarah, and I'm 39. I moved here from Wakefield in 2000 to study at the university of Sheffield, and I've lived here ever since. I love the independent spirit of Sheffield - there's groups and activities for everyone, you can always find something relevant to your interests to do or join in. There's a huge range of community interest groups and events, often free or cheaply priced, no matter how niche the interest, and I love that sense of vibrancy and motivation that people have to share what they love and bring people together.

Something I dislike about Sheffield, though, is the lack of respect for its history and promotion of its heritage. We have lots of interesting historical institutions already here - the Emergency Services Museum, the world's oldest football club - but they're not celebrated and even people who live in the city don't know they exist. The old town hall is another example - why was it not turned into a museum, along the lines of Nottingham's galleries of justice? Even when heritage buildings are preserved, their potential as public assets is wasted or ignored, and they're sold off to be developed as private commercial enterprises. It's a shame we can't make more of these things, both for the benefit and education of Sheffield people, and to attract visitors from further afield.

"I moved with my family to South Yorkshire from Cornwall back in the 90’s and then came to live in Sheffield itself, to attend university. I never looked to move anywhere else afterwards, despite initially imagining it a cold, grey cliff of a city. Instead, I have come to love the familial warmth of Sheffield and always feel welcomed - the one thing that I do miss about Kernow though is living right on the beach but, there’s always builder’s sand…"