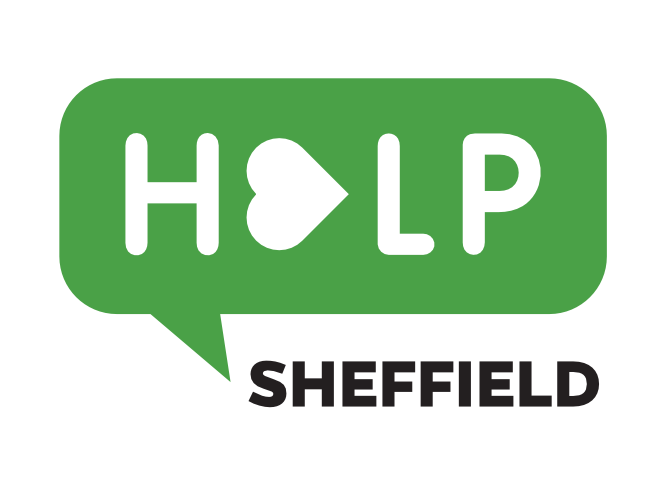 Due to that there Corona Virus, it was proving difficult to get anyone to interview me so this is a sElf interview, as per the title. Right clever that.

Following a suggestion by Steve Clifton @rStvnClftn here is an interview of me by me, Elf One. I thought I’d just answer the questions that people ask me when I tell them I run this @HelpSheffield thing.

If you look at the first blog post on this site it should answer this and some other questions.

We’ve started so we’ll finish is the simple answer. It started off as something nice, helpful and useful for the city to use but has grown into the thing it is today and it’s starting to feel there is a responsibility for keeping the good times rolling.

Nothing. We think we’ve had four meals at various venues and a couple of pints usually from places who want us to tweet about them afterwards but not always.

Just one. One Elf and one iPhone.

5. If only one person runs it why do you always use plural nouns in responses etc?

It makes me feel more powerful.

6. How much time do you spend running @HelpSheffield?

This is probably the most asked question of all. Not as much time as you might think, is the usual answer. With there now being a fair few followers, we tend to answer the questions quickly and, if we have time, we will Google the answer. If we have neither time nor knowledge, then we’ll retweet.

6.5. How busy does @HelpSheffield get?

In the last 28 days, during these interesting times, we have sent 230 Tweets and had 285,000 Tweet Impressions (that means that Tweets of ours have been “available” on that many occasions – on someone or other’s timeline but not necessarily viewed). We have had 3,456 visits to our profile and 1553 mentions i.e. someone has written @HelpSheffield. That makes it seem really busy but it’s all under control.

7. How have you built up the following?

People always assume we’ve bought followers, but that isn’t of much benefit to anyone. It is all organic. We have several techniques that we’ve conjured up, over time, that seem to work. Making Help Sheffield Twitter listsis important to this process, by allocating everyone to a list we know who we may have followed in the past and we never follow anyone more than once. We almost always follow back anyone who follows the account just so they feel part of the Helping.

8. What frustrates you about running @HelpSheffield ?

The main frustration is the number of people who know the account exists and who also use it but forget that it exists when they want Help with something. Many of the Tweets we share are ones that have been found by searching a series of key words i.e. Sheffield and Help, Sheffield and Want etc.

Probably the time when someone needed to deliver a birthday card from the U.S. to their relative in Sheffield but only had 24 hours to do so. We shared it and some kind fella went and bought a card, wrote it out and hand delivered it. They got some photos and it was in The Sheffield Star we believe. Grand helping.

We do have accounts set up for almost every single city in the country and some very random places overseas. Ideally, we’d love it if every account had its own Elf who could do what we aim to do in Sheffield but it’s difficult to convince people to do such things for free. We can’t do it for other places as we simply don’t have the knowledge of the cities involved and feel that is vital to have any chance of making a Help account successful. Do you know anyone who would like to run a Help account for their city?

11. Do you consider yourself to be social influencers?

We don’t even know what this means but Steve asked it on his tweet. We were once on a list, produced by someone unknown that said we were the 10th most influential Twitter account in Sheffield. Not too shabby when you consider the top 9 were all public entities, most likely with money and teams of people behind the accounts. We have a role and hopefully we do what it says on the tin and you, the followers, seem to be appreciative of our efforts so that’s all we need.

12. What advice would you give for someone trying to get a Twitter account up and running and increase the follower numbers quickly?

The first thing we’d make people aware of is that to get followers people need to see your tweets and your account. By hijacking trending #hashtags and Tweeting about them, especially if they are local ones or ones linked to the subject matter of your account, then you will gain quick visibility.

Another tip would be to look for accounts that you are interested in, follow them and if you have similar interests they’ll more than likely follow you back. Our Twitter lists are very useful for this, we have categorised thousands of, mainly local, accounts into the subject matter of said account, by following these accounts and studying (stealing) their ideas and collaborating with them it will help you build a recognisable brand/persona.

13. Why do you think @HelpSheffield has been so, relatively, successful?

We’d suggest the two main reasons are that the account is a “many to many” account because there is no limiting remit to what we do and don’t answer apart from the geographical focus that is “Sunny Sheffield”. A barber can ask a question that an accountant knows the answer to etc. The second reason is that people actually like helping. It’s been proven that helping others makes you, as a humanoid, a happier individual. Try it you might like it.

Yes, we would like to thank all the followers for following and especially all the ones that reply and really do all the work for us. We’d also like to say if anyone wants any Twitter advice at all that we’d be more than happy to discuss or, one day, meet and see how we can help you out. We would like to do chargeable lessons on how to get the most out of Twitter, but no one has seemed keen yet. Pay as you feel or maybe charitable donations would work for us.